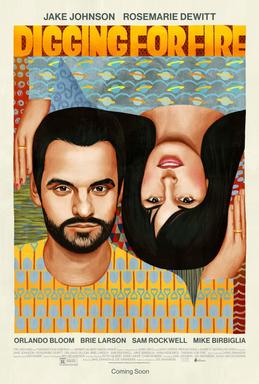 After discovering a gun and human bone during a house sit, a couple (Johnson and DeWitt) each goes on a separate journey of existential discovery.

Digging for Fire exceeds as an ensemble piece. The cast balances well between the two leads and the supporting players. The film was well paced, well directed and had a decent, but not necessarily a strong script.

Digging for Fire fails in its central premise. The film never explains what marital problems that the central couple is having, the movie only implies that the couple is having issues. The body is clearly a metaphor for the core theme of the film, however, because the movie does not develop the issues of the couple what exactly the metaphor is gets lost.