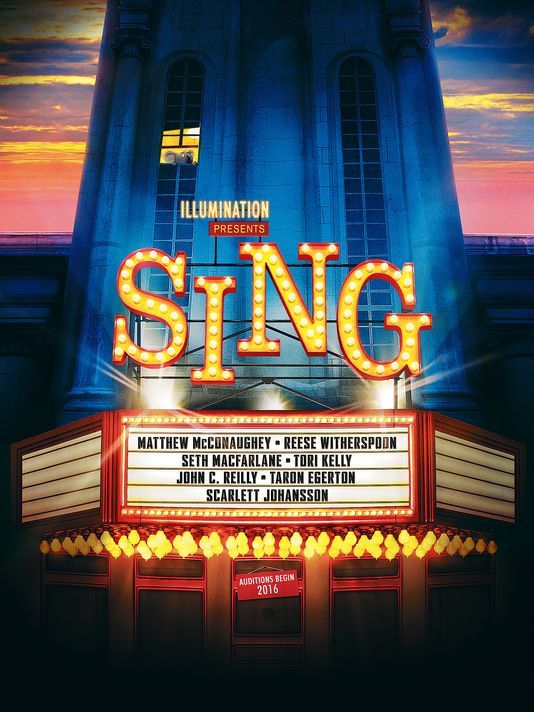 At this point, Illumination should stick to their minions. Their previous film, “The Secret Life of Pets,” was a dud regarding the quality of the movie. “Sing” is arguably worse than “The Secret Life of Pets” was. The animation was cheap and generic looking, nowhere near the quality of animation that Disney, Pixar or even DreamWorks produces. At least it did not look too much like the animation being produced by those other studios. Considering they have all that money that the Minions make for the company, it is sad that they did not invest that money into higher quality animation.

The story was standard, follow your dreams/believe in yourself story, “Sing” does not do anything worth noting with this standard narrative thread. It does nothing new, nothing exciting; it is all been there done that. It is clearly an animated film that is made exclusively for kids; there is nothing in here to engage an older audience; who will likely find the film dull and lifeless.

If you have kids they will probably find enjoyment in the film, they will enjoy seeing the animals sing songs they know from the radio and the slapstick gags. With cheap animation and oft-treaded story arc, it will hit flat notes with an older audience. Illumination should stick to the Minions and run that well dry. Although, I did enjoy Seth MacFarlane’s rendition of “My Way.”